(Video link)
This makes me happy :)

I geek out on computers, crafts, cooking, and cosplay (and alliteration, apparently...). 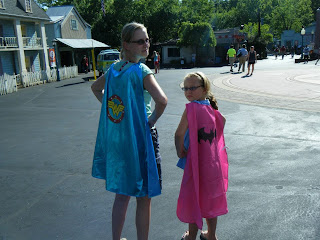 My favorite card is at 2:45 "Don't tell my daughters that Lego, Robots, and Superheroes are for boys."

I have a cousin very close to my age, and we spent a lot of time together as kids. Though he is a boy and I am a girl, we often got the same toys. We both had G.I. Joe action figures, Cabbage Patch baby dolls, and Hot Wheels toy cars. We pretended to be international spies, gourmet chefs, and scientists. We both played with my Easy Bake Oven and my chemistry set. 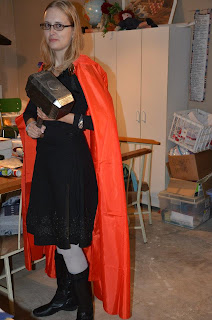 Yes, I had baby dolls and Barbie dolls. Lots of Barbies. My Barbie dolls babysat my G.I. Joes. My Hot Wheels parked in LEGO garages. I took apart my mechanical toys to figure out how they worked. I loved building blocks, Lincoln Logs, and Tinker Toys. I still do!

At college orientation, we were broken up into teams and challenged with building the highest tower out of drinking straws. I took charge, quickly came up with a design, and led my team to victory.

At an Engineering camp for incoming freshmen sponsored by the Engineering fraternity (there was not an Engineering sorority, of course...), we were again broken into teams and challenged with building the strongest balsa wood bridge. My team won, again with my triangle-based design, supporting more than double the weight of the second-place competitor! 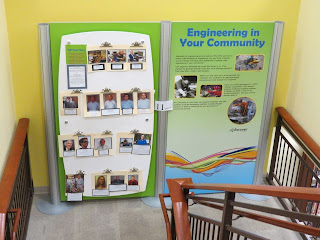 I had an old-school college professor tell the class that girls didn't belong in Engineering school, that it should be men only. I had other professors question my choice of major - maybe I would be better suited in the Humanities Department or the School of Business, maybe music major or accounting....

My first Engineering boss told me, in his office during my annual performance evaluation, that although I was good at my job, I was throwing away my real talent and should quit to become a model. 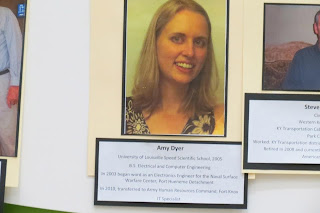 I graduated with a degree in Electrical and Computer Engineering and have been working in the field for almost 10 years now, first as an Electronics Engineer, and now as an IT Systems Administrator.

Earlier this year, I was featured in a display in my hometown's public library: Engineering in Your Community. I was the only woman on the board of 17 local Engineers! 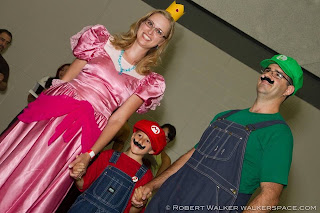 (You've already seen my Lady Thor costume. Here we are dressed up for the local Comic Con as Mario, Luigi, and Princess Peach!)

I don't ever want to hear anyone tell any of my children or my siblings that they can't do something because of their gender. It is OK for girls to play with toy guns and cars. It is OK for boys to play with toy kitchens and dolls. It doesn't matter what color bicycle a child rides - it rides the same whether it is pink or blue! 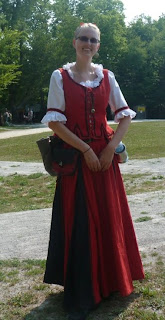 Of course I love being a girl. I love getting dressed up, whether for real or for play. I love having a man who loves me unconditionally, embraces every single one of my quirks, and listens patiently to my rants. I love being treated like a lady and putting on sparkly accessories. But guys, I especially love that those closest to me love and accept me for me.

I was fortunate enough to grow up with a Mom with a successful career and a Dad who is incredibly patient with children, and both of my parents were dedicated to making sure I was a well-rounded individual who could compete in a male-dominated career field, cook beautiful dinners, rotate my own car tires, sew, whittle, crochet, go camping by myself, and be motherly to my younger relatives. I want to be able to teach all of my children these things, regardless of their gender.

Special thanks to The Bloggess for linking to the video at the beginning of this post, which sparked today's rant. Thanks for helping me find my tribe.
by Amy at 19:00 1 comment: